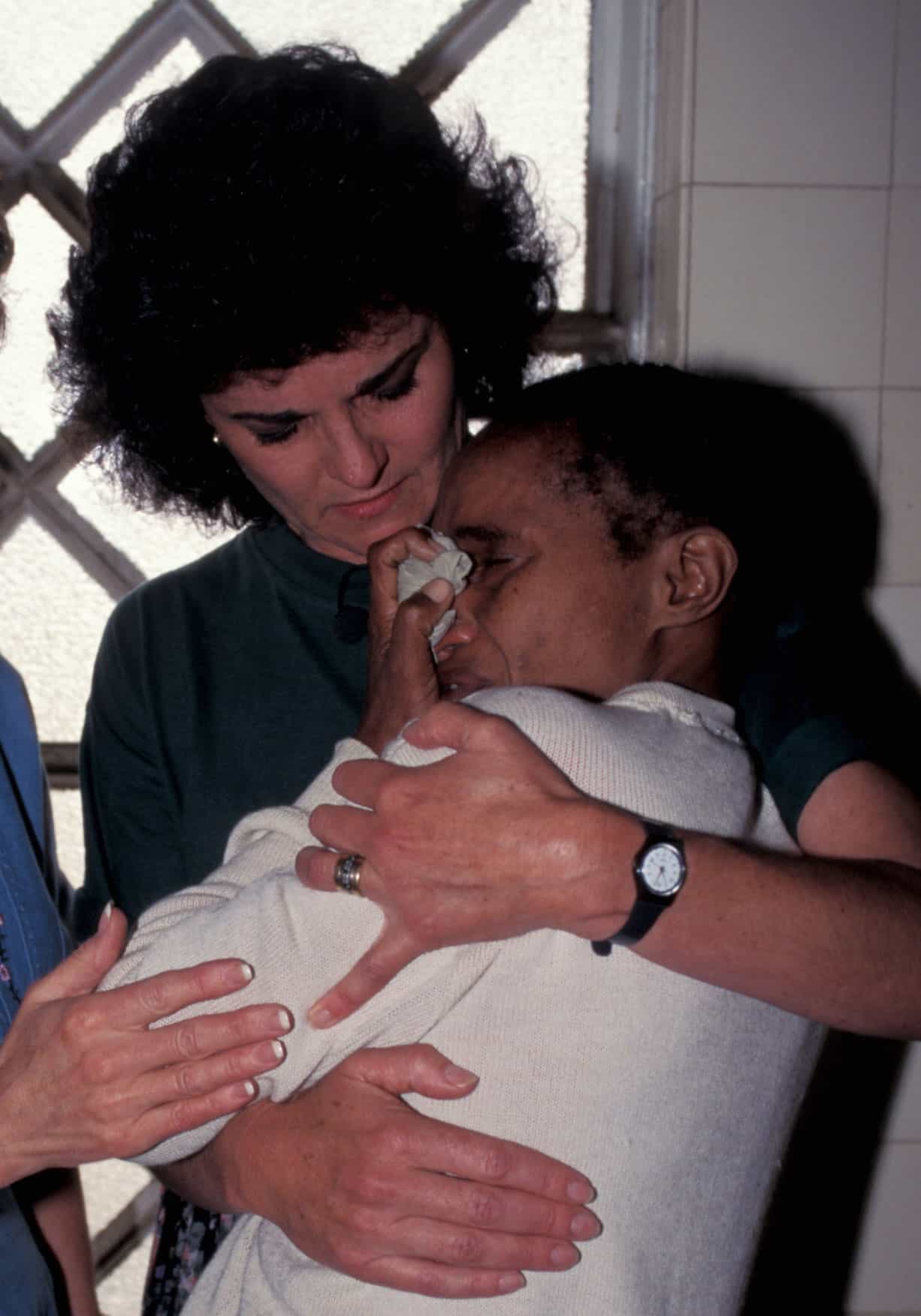 THE HEART AND HISTORY OF JAM
By Ann Pretorius, Co – Founder

JAM has launched an emergency response in Angola. The increasing food security crisis in the southern region has brought back bittersweet memories of my trips to this beautiful country which JAM entered in 1991, at the height of the civil war.

Government authorities in Angola had heard about our successful humanitarian assistance in Mozambique and requested us to visit and observe the needs of their nation. Peter received a red carpet welcome and was assisted by the military to fly inland so he could see for himself the desperation of the people there.

Angola was also caught in a drought when I visited, although the current drought is the worst the country has seen in 40 years and has been fuelled by climate change.

As is always the case, poverty-stricken children seem to suffer the most and pay the highest price. There were many children in a malnourished state when I arrived. Mothers simply did not have sufficient nutrition to give their babies the quality breast milk they need for a good start in life.

Because malnourished children were picking up diseases from patients in the hospitals, JAM erected tent clinics nearby, so these children could be better protected while being treated with a therapeutic milk mix.

Nevertheless, it was in Angola that I saw a baby die of starvation.

The tiny girl was nothing but skin and bones. She was too weak to cry; she could only whimper gently.

Suddenly her mother stepped back, raised her hands over her head and wailed out loud with desperate, heartbroken sobs.

At first I couldn’t believe the child was dead. I leaned over her little body and begged God to bring her back. I felt desperate and helpless.

How do you comfort people who are surrounded by death?

I couldn’t really console the baby’s mother but I impulsively did all that I could, holding her in my arms, praying for her, asking God to comfort her with His peace.

I was also overwhelmed by the realisation that I could have been experiencing the same grief if my four-year-old child had not survived successful surgery for the removal of a brain tumour.

Although this woman lived in a different “world” from mine — a harsh and forever challenging environment — the pain is the same as any other mother’s grief, no matter where you live.

We do not determine where we are born.

As I tried to contain the tears that flowed, a strong feeling rose up inside me. My sadness channelled into a fierce determination to make a difference.

How could we help when the baby’s condition had deteriorated to this? If only we had been there sooner with the therapeutic sustenance she needed.

I longed to find a preventative solution. It is the most important and the only way we can assist. We must continue to do all that we can to prevent the death of precious children.

Repetitive losses do not remove the intense pain of grief.

At present, more than 1.3-million people in the three south-western provinces of Cunene, Huila and Namibe are facing severe hunger, with projections showing that 1.58-million people in these provinces will struggle to survive between now and March 2022. About 114,000 children under the age of five are suffering from acute malnutrition and severe wasting in southern Angola is now at emergency levels. Please consider making a donation towards JAM’s emergency fund for the young children of Angola, here